Fifteen years have passed since the first edition of the Festival of the European Short Story, one of the first happenings of its kind in Europe and the only one in Croatia dedicated to this literary genre. Visits of more than 150 renowned literary names from 15 countries all over the world continue to attest to this successful short-story journey. The FESS is not only dedicated to promoting the short story, but it also works on supporting cooperation with Croatian publishers, organizing stipends and education for young translators through translation workshops, and promoting contemporary Croatian writers and their writing in Europe. In the past fourteen years six Croatian cities have hosted the festival, and 15 anthologies of the European short story have been published and promoted as part of the festival. Moreover, the festival served as a role model for Olga Tokarczuk, a Polish writer, who founded the sister International Short Story Festival in Wroclaw. This year’s edition of the festival is dedicated to the theme that is as persistent and fundamental mark of the short story as it is of Europe – borders and their crossing.

The 15th edition of the Festival of the European Short Story will open on May 29, 2016 at 8 p.m. at Lauba – People and Art House with Rumena Bužarovska, the award-winning Macedonian writer whose short story collections Osmica and Mojot maž were published in Croatian, Frode Grytten, the Norwegian writer who has been writing novels, short stories, poetry and books for children since 1983 and whose short story collection Bikubesong (Song of the Beehive) won the Brage Prize, the most important Norwegian literary award, and László Jakab Orsós, World Voices Festival and PEN Public Programs Director.

The 15th edition of the Festival of the European Short Story will take place in Zagreb and Osijek from May 29 to June 3, 2016. The festival will officially open at Lauba, while all evening readings as well as the closing of the festival will take place at Teatar &TD. Information on other festival programs and detailed schedule can be found at our web site. 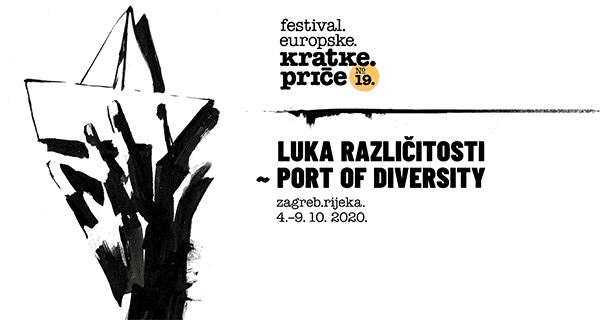